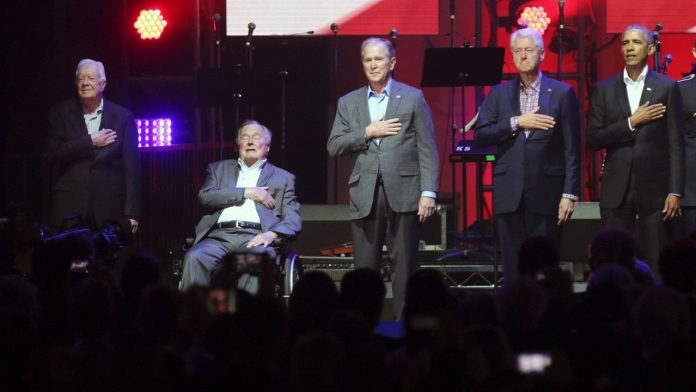 All five living ex-presidents appeared together for the first time since 2013 at a Texas concert for hurricane relief Saturday night.

“The heart of America, without regard to race or religion or political party, is greater than our problems,” said Clinton.