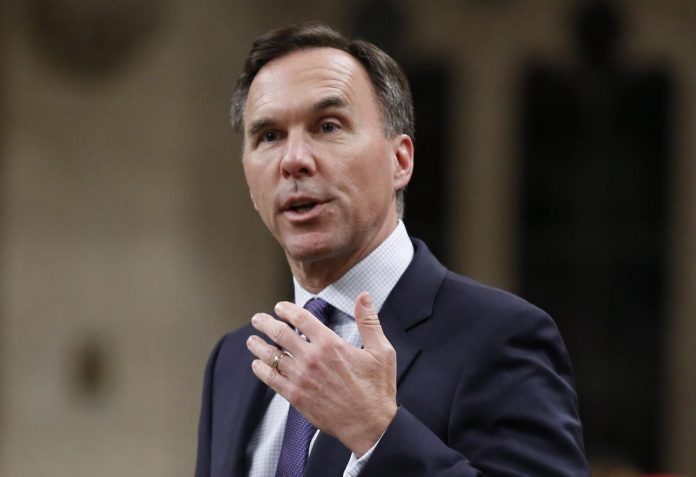 Morneau found himself in hot water when he introduced pension-reform legislation, which critics insisted would benefit Morneau Shepell, his family company.

Ethics commissioner Mario Dion says the allegations were worrisome enough that this predecessor decided to open a full investigation.

In a decision released today, Dion says since the bill affects all federally regulated private-sector employers, certain Crown corporations and all pension plan administrators, it is “of general application” in the words of the conflict of interest law.

Those words mean that Morneau’s stake in the company and those of his relatives, don’t fall under the scope of the law, Dion says.

Dion says Morneau didn’t place himself in a conflict of interest or contravene the law.