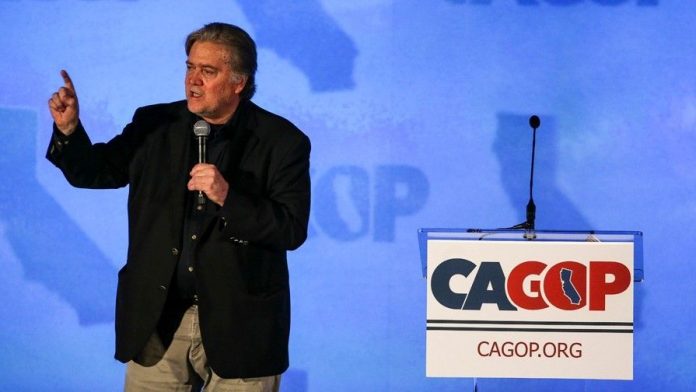 Bannon’s scathing comments at the annual California Republican Party convention came about a week after Bush denounced bigotry in Trump-era American politics and warned that the rise of isolationism and “nativism,” which Bannon espouses, have clouded the nation’s true identity.

“There has not been a more destructive presidency than George Bush’s,” Bannon said.