Google has announced that it has trained an AI model that improves the screening of breast cancer (detection before symptoms develop). After two years of collaboration with DeepMind, Cancer Research UK Imperial Centre, Northwestern University, and Royal Surrey County Hospital, the resultant AI model “spotted breast cancer in de-identified screening mammograms (where identifiable information has been removed) with greater accuracy, fewer false positives, and fewer false negatives than experts.”

These are impressive results, considering the AI demonstrated superior accuracy despite working with limited information—only the most recent anonymized, de-identified mammograms—unlike doctors who have access to patient histories and prior mammograms: 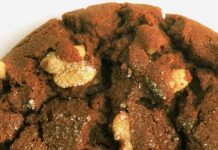 Tax on snacks would have ‘huge impact’ on obesity, New Study