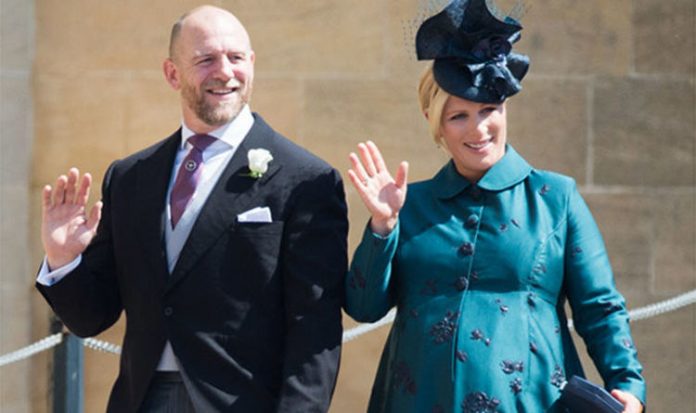 The record was previously held by Savannah Phillips – the daughter of Zara’s brother and the Queen’s grandson Peter Phillips – who weighed 8lb 8oz when she was born in 2010.

Zara, the Queen’s granddaughter, and her husband Mike Tindall welcomed their second child on Monday at Stroud Maternity Unit in Gloucestershire.

Their new daughter, whose name is yet to be announced, is heavier than the Tindalls’ first child Mia, who weighed 7lb 12oz when she was born in 2014.

The most recent arrival, Prince Louis of Cambridge, became the heaviest heir to the throne in more than a century when he was born in April, weighing 8lb 7oz.

All three of the Duchess of Cambridge’s children have weighed more than 8lb, but less than 9lb.

Princess Charlotte, at 8lb 3oz, weighed slightly less than Prince George’s 8lb 6oz, but still well above the national average weight of a baby at around 7lb 7oz (3.5kg).

London home in 1926 and was also third in line to the throne at the time, her weight was not announced, as was previously the custom for royal babies.

Welcoming the news, the Royal Family said in a statement: “Mrs Michael Tindall was safely delivered of a baby girl on 18th June, at Stroud Maternity Unit. Mr Tindall was present at the birth. The weight of the baby was 9lbs 3oz.

“The Queen, The Duke of Edinburgh, The Princess Royal, Captain Mark Phillips and Mike’s parents, Mr Philip and Mrs Linda Tindall, have been informed and are delighted with the news. The baby’s name will be confirmed in due course.