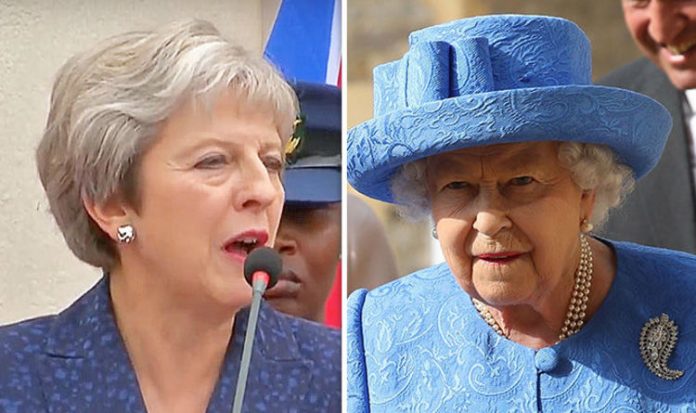 Theresa May reached the end of her three-day wooing mission to Africa on Thursday with a visit to Kenya capital Nairobi.

The Prime Minister used her final speech to highlight the long-established ties that connect Britain and Kenya thanks to the important role the country played in the ascension of Queen Elizabeth to the throne.

Speaking alongside President Uhuru Kenyatta, Mrs May said: “Kenya holds a special place in the hearts of the British people and our countries share a long history that has left us deeply connected to one another.

“Indeed, of course, it was here that our monarch learned she would become Queen.”

Young Princess Elizabeth learned of the passing of her father, King George VI, during a stopover on the long-haul journey to Australia and New Zealand for a royal tour alongside Prince Philip.

Mrs May insisted that the relationship with Kenya will be strengthened in the future to benefit both nations with new trade and security arrangements.

She continued: “The relationship we hold is much more than those deep, historical ties and today we have looked to the future. To a renewed partnership to unlock the incredible potential of the next generation to benefit both our countries.

“We’ve agreed to build on the strong foundations of our relationship as we step up our cooperation to secure the prosperity and security that our people need and deserve.”

Mrs May added: “We discussed today how the UK can work with you as you take forward your agenda to transform Kenya, aligning our expertise, our investment and our aide behind that vision.”

The Prime Minister has revealed that Britain will give Kenya free trade after Brexit as she attempted to build bridges during her three-day visit to Africa.

President Kenyatta welcomed Mrs May as he outlined his vision for a close working relationship between the two countries after the UK quits the EU – and revealed he had heartened by assurances that the duty-free quota for Kenyan exports to the UK would continue after Brexit.

Speaking at a joint press conference with Mrs May this morning, he added: “I would like to take this opportunity to encourage British investors.

“Any investment is guaranteed to benefit both the investor and ourselves. We look forward to strengthening our relationship and partnership.”