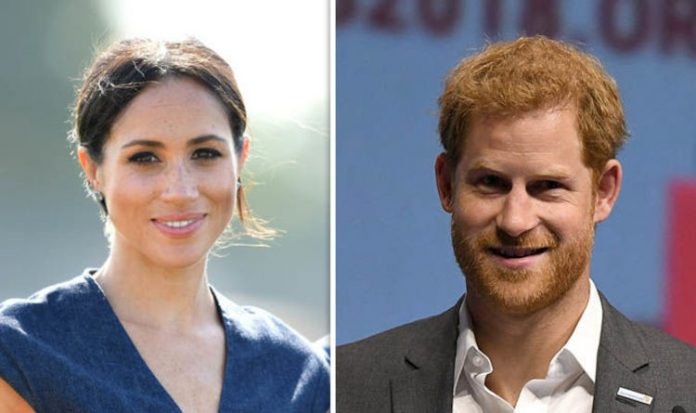 The British Monarchy historically refuse to comment on personal issues, maintaining a degree of professionalism at all times and strictly protecting the privacy of members of the Royal family.

The Royal machine nevertheless faces an unprecedented situation, as members of Meghan’s extended family have given numerous paid interviews to news outlets across the US and the UK.

A Royal source commented on the issue to Entertainment Tonight, saying: “The Palace, which normally takes a firm policy of not commenting on personal matters, is now considering a more aggressive strategy to deal with the situation with both her father and her sister.

“No one wants to see this continue.”

The source failed to clarify the exact strategy which will be employed by the palace, but noted they are most worried about Meghan’s father, as she has “never had a real relationship” with her half-sister.

Meghan has reportedly cut off contact with her father and not spoken to him for over 11 weeks since the Royal wedding in response to reports that Mr Markle staged a series of paparazzi photos.

Yet despite the growing estrangement, the rift between Meghan and her father has weighed heavily on the Duchess.

The source said: “She has gone through periods of difficulty with her father in the past, but she does love him.

“That’s what’s been so difficult about this.”

Mr Markle, a retired Hollywood lighting director who now lives in Mexico, has repeatedly criticised his daughter and the Royal family.

In an interview with the Daily Mail, he claimed that Meghan has completely cut him off and stated he may never see his grandchildren if Meghan and Harry become parents.

He said: “I’m really hurt that she’s cut me off completely.

“I used to have a phone number and text number for her personal aides at the Palace, but after I said a few critical words about the Royal Family changing Meghan, they cut me off.”

He also reported to the newspaper that Prince Harry had warned him against speaking to the media, stating that they would “eat you alive”.

He said: “Harry told me that I should never go to the press. That it would end in tears. He said, ‘They will eat you alive.’ He was right.

Mr Markle also noted that Prince Harry had said: “If you had listened to me this would never had happened.”

The former lighting professional expressed his anger at the discussion with Prince Harry, and reportedly hung up mid-conversation.

He reported to the newspaper that he told Prince Harry: “‘Maybe it would be better for you guys if I was dead; Then you could pretend to be sad’. Then I hung up.”

Mr Markle nevertheless expressed his desire to reestablish a relationship with his daughter.