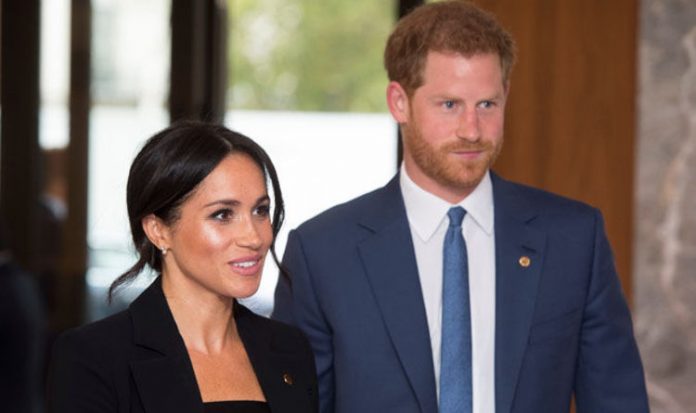 Bookies slashed the odds on Harry and Meghan’s first child being born next year to 1-4 from 1-3 last week.

But with Meghan Markle visiting Zika-infected Tonga and Fiji as part of her first official overseas tour with Harry in October it is unlikely the duchess will be planning to get pregnant.

And this is because health officials have advised women visiting areas plagued by the highly infectious virus to wait “at least six months” before trying to conceive.

This means the Duke and Duchess of Sussex’s visit to Australia, New Zealand and the Pacific Islands of Fiji and Tonga will mean they could have to wait until almost a year into their marriage before attempting to start a family.

The Centre for Disease Control and Prevention (CDC) confirmed Zika has been “reported” in Tonga.

It added the only real danger was to those who are pregnant.

The CDC stated: “Zika virus has been reported in Tonga. Public health officials have reported that mosquitoes in Tonga are infected with Zika and spreading it to people.

“Many people infected with Zika virus do not get sick or only have mild symptoms. However, infection during pregnancy can cause severe birth defects.

It said: “There is evidence of ongoing Zika virus transmission in Fiji.

“Take meticulous anti-mosquito bite measures during the daytime. Pregnant travellers should postpone travel to this country.”

The royal couple’s whirlwind tour will see Meghan and Prince Harry seek to increase their engagement with Commonwealth nations, after the Prince took on the role of Commonwealth youth ambassador in April.

The tour will focus on the recovery and rehabilitation of servicemen and women through Prince Harry’s 2018 Invictus Games in Sydney.