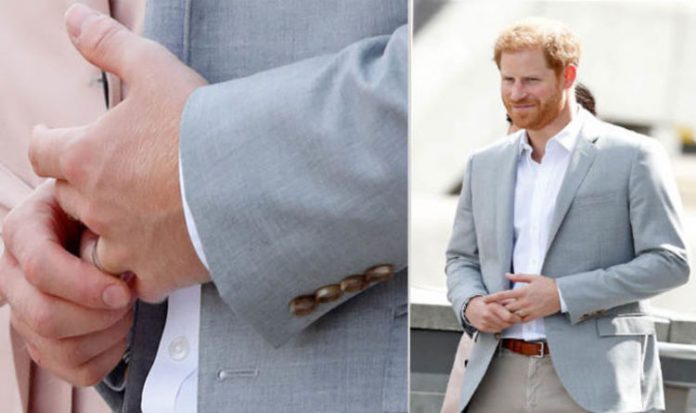 The Duke of Sussex has become the first man in the Royal Family to wear a wedding ring.

His brother Prince William hasn’t worn a ring since he married Kate Middleton in 2011.

He reportedly “isn’t one for jewellery” and his grandfather Prince Philip also shares this outlook.

Even the Prince’s father, Charles, did not wear a wedding ring after he tied the knot with Harry and William’s mother Princess Diana.

However, he does wear a signet ring on his little finger.

The Queen Mother started a tradition in 1923 for royal brides to wear wedding rings made from a single lump of rare Welsh gold.

This has been followed by all royal brides since, including Meghan.

But Harry’s band is made of platinum.

The palace said this due to “personal preference”.

Prince Harry has hit the headlines throughout his life for breaking royal rules.

At the age of 17, he was taken to a rehab centre after he admitted he had smoked marijuana and illegally drank alcoholic beverages.

When he was 27, TMZ released naked pictures of the royal reportedly playing strip billiards in a Las Vegas hotel suite.

Meghan has also flouted a number of traditions during her short spell as a royal.

She has declared herself a feminist, but members of the royal family do not usually make political statements.

During a garden party in Dublin earlier in the month, she reportedly struck up conversation with a few pro-choice activists and politicians who supported Ireland’s recent abortion referendum.

She also walked down the aisle alone on her wedding day.

Her father Thomas was not able to give his daughter away after he fell ill and needed heart surgery just days before the wedding.

Fruitcake at weddings has also been the cake of choice for aristocratic British families for generations.

However, Meghan and Harry chose lemon elderflower cake at their wedding and Meghan also gave her own wedding speech.