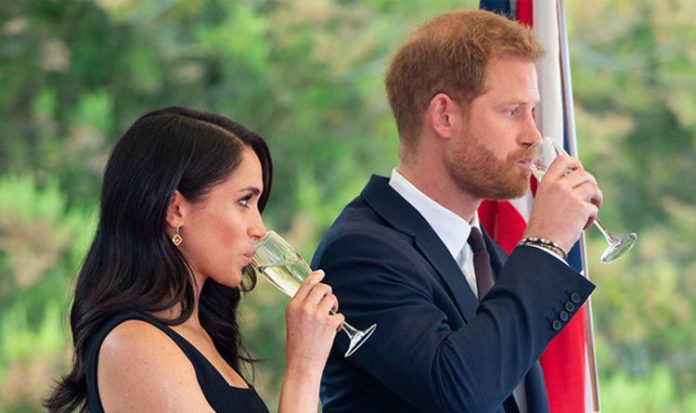 The Royal couple were joined by celebrities such as Eddie Redmayne, Jenna Coleman and Michael McIntyre in the glamorous long weekend of “eating, drinking, napping, boats and bikes”.

Also among the ranks were Douglas Booth, Fran Cutler, Nick Grimshaw and Richard Bacon, who spent several days in a coma this summer after getting pneumonia.

The Duke and Duchess of Sussex are big fans of Soho House, a private members’ club for people in the creative industries.

They first met on a blind date in a private dining room in the original London Soho House, set up by Nick Jones in 1995.

Meghan is also reported to have had her hen party at its rural retreat in the Cotswolds.

The opening of the Amsterdam building coincided with Mr Jones’ 55th birthday and included a Saturday night birthday feast at the Italian restaurant Cecconi’s.

The meal included treats like lobster spaghetti and tiramisu.

There was also a Sunday brunch on offer, as well as pampering treatments at the Cowshed spa.

Mr Jones’ wife Kirsty Young, who until recently presented Desert Island Discs before taking some time out due to fibromyalgia, gave a speech in tribute to her husband.

Guests also enjoyed a performance from rapper Tinie Tempah and a series of tourist activities in the Dutch capital.

Some guests took a guided tour of the city’s red light district on Friday, although this was not attended by the Royals.

They also enjoyed a boat trip down the city’s many canals on Saturday.