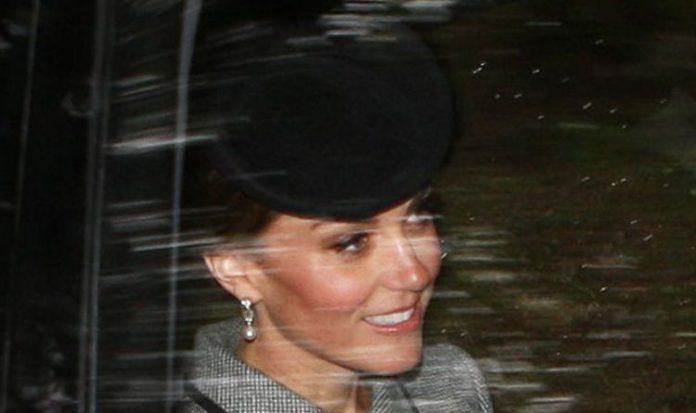 The pair were snapped by photographers returning from Crathie Church, near the Queen’s Balmoral estate in Aberdeenshire, on Sunday.

Royal watchers were quick to notice how radiant the Duchess looked.

One commented: “I know it’s just a picture through a moving car window. But her skin looks amazing!”

Another said: “She’s all tanned from her island vacation.

“That explains that gorgeous glow.”

The Duchess and Prince William, together with Prince George, Princess Charlotte and Prince Louis, have just returned from holiday in Mystique, an exclusive private island in the Caribbean.

The island is a favourite of the Royal couple, which they first stayed at in 2008 three years prior to getting married.

It seems the tan she picked up here may be the secret to her smooth and healthy looking skin.

Attention was also drawn by her eyebrows, with one observer saying: “Kate’s eyebrows are on point too!”

Another responded: “I thought the same about the eyebrows! They look great”.

For the past four months the Duchess of Cambridge has been on maternity leave, following the birth of Prince Louis in April.

The clothes worn by the Duchess were also appropriately stylish, complementing the tone of her skin.

She was wearing a grey dress coat designed by Catherine Walker, a Royal favourite.

French born Ms Walker is best known for having supplied over 1,000 outfits to Princess Diana, who was even buried in a black dress which she designed.