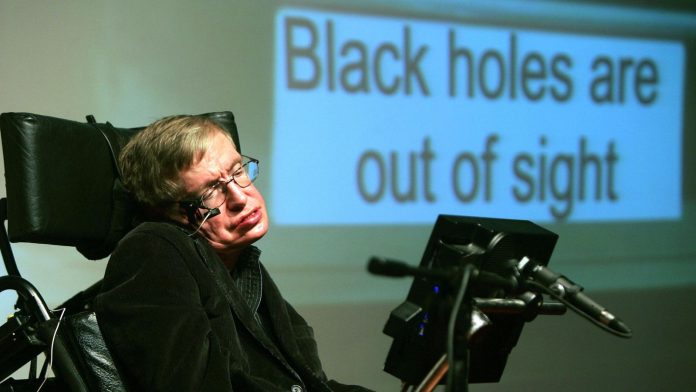 The words of Professor Stephen Hawking – the scientist who devoted his life to unravelling the mysteries of the universe – will be beamed into space following a service to celebrate his life.

Over 25,000 members of the public applied for 1,000 invitations to the service via a public ballot.

Actor Benedict Cumberbatch, who played the physicist in a BBC drama, also gave a reading.

Following the service, the physicist’s words will be set to music and beamed into space by the European Space Agency, as a “message of peace and hope”.

The original six-minute composition was written by Greek composer Vangelis who was wrote the film score for film Chariots of Fire.

Hawking’s daughter Lucy explained that the broadcast will be sent towards “the nearest black hole, 1A 0620-00”.

CDs of the recording beamed into space will also be released for sale.

During the service, the professor’s ashes were also buried in Scientist’s Corner, between the graves of Charles Darwin and Sir Isaac Newton.

A black slate memorial stone lies above, bearing the inscription: “Here lies what was mortal of Stephen Hawking 1942 – 2018”.

Hawking’s children thanked the abbey for the “distinguished” final resting place for their father.

His book, A Brief History Of Time, sold 10 million copies and was translated into 40 different languages.

An open atheist, he was also known for his wicked sense of humour.

The renowned scientist battled motor neurone disease for the majority of his life, which forced him to use an electronic voice synthesiser.

Hawking died in March aged 76, with his funeral held in Cambridge, the city where he studied and worked.