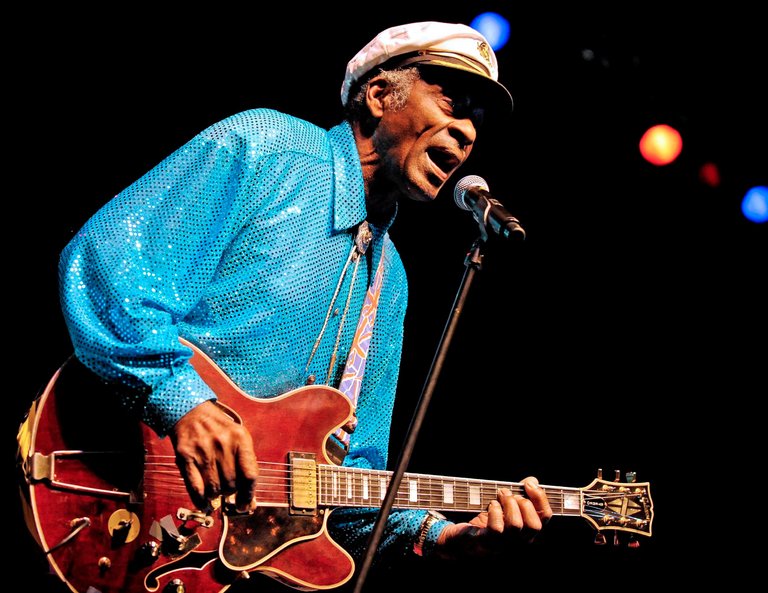 Berry is widely viewed as among the most influential artists in rock ‘n’ roll with hits like Johnny B. Goode, Never Can Tell, and Roll Over Beethoven. Berry influenced artists like the Rolling Stones, The Beatles, Paul McCartney, Bob Dylan, Neil Young, The Who and Pink Floyd.

The Beatles had hits with Berry compositions such as Roll Over Beethoven, Rock and Roll Music and Sweet Little Sixteen, and McCartney called Berry “one of greatest poets America has ever produced” in an introduction to the 2014 release of Berry’s complete studio recordings.