The ‘Perfect Illusion’ and ‘Bad Romance’ star has been very vocal in her support of Hilary Clinton – making an appearance to speak and perform at her final rally, while also drawing criticism for those who confused her outfit with that of a Nazi.

Gaga was among the musicians who responded to Donald Trump’s victory negatively this morning – tweeting ‘say a prayer America’ when she heard the result. Now, she’s protesting against the new President Of America outside his own Trump Tower in New York with a sign that reads ‘Love trumps hate’.

“I want to live in a #CountryOfKindness #LoveTrumpsHate,” she wrote on Instagram. “He divided us so carelessly. Let’s take care now of each other.” 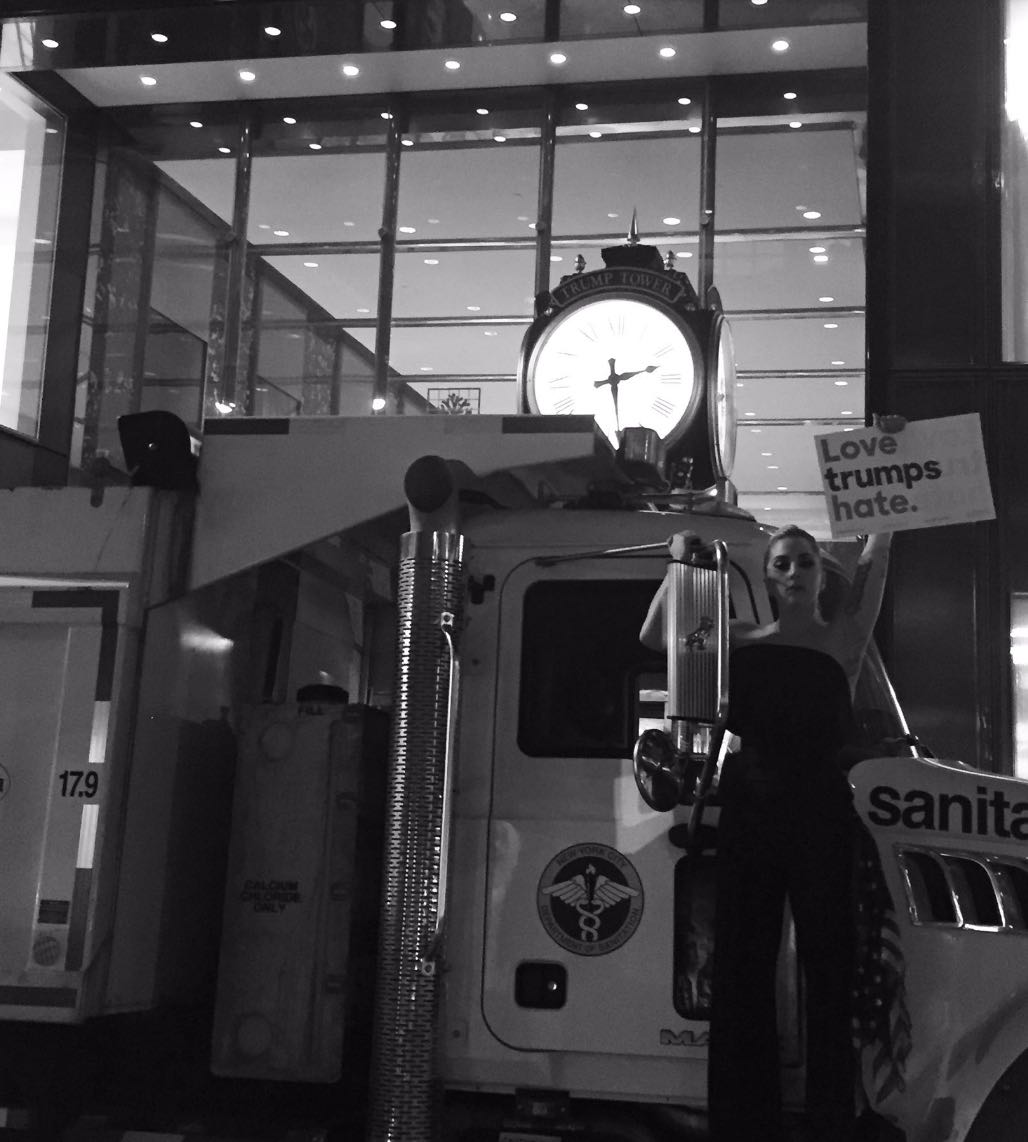